Yak, Yak, Yak. Everybody talks a lot. It’s one of the things we humans do most. We do it to communicate, for entertainment, or just to fill the silence. However, just because we all do it all the time doesn’t mean we have perfected the art of talking or using words properly. Here are a collection of common words just about everyone uses and just about everyone uses incorrectly.

What you think it means: Something that is funny.
What it really means: Contrary to what you are expecting.

This is a biggie because most people usually get this wrong. There are actually quite a few types of irony so I 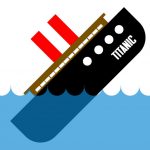 will use examples to illustrate each: The Titanic was built to be 100% unsinkable yet in its maiden voyage in 1912 it sunk anyway. That is what’s called cosmic irony. When a vegetarian is starving yet eats a hamburger; that is what’s called situational irony. There is dramatic irony which is often used in plays or novels when the audience knows something a character does not such as Juliet’s “death” in Romeo and Juliet, and Socratic irony. Socratic irony is when you pretend to be ignorant to expose the ignorance or inconsistency of someone else. Lastly, sarcasm is actually irony. When you say something sarcastically, your tone and your words mean two opposite things. That is ironic.

What you think it means: A tragedy or something unfortunate. 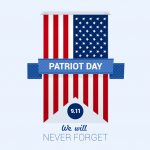 What it really means: A mockery or parody.

This is another one that people get wrong pretty consistently. Some people call 9/11 a travesty. What they mean is 9/11 was a tragedy. With how often this word is associated with tragedy, it wouldn’t be shocking if that definition were eventually added as an acceptable meaning. Until that time comes though, it doesn’t mean anything bad happened.

What you think it means: The one, the only. The best.
What it really means: The last item of a list.

This one is not as abused as some of the others. You may your spouse list off a bunch of things needed from the store, and say, “Okay, we need eggs, milk, juice, and ultimately, butter.” As strange as that sounds to our ears, that is actually the proper use of ultimate. There is no other context or added context. It simply means the last one of a list.

What you think it means: To have a conversation.

What it really means: Nothing.

The word conversate actually doesn’t exist. Conversate was meant to be a mixture of conversation and converse and be used as a verb. However, converse itself is a verb and there is no need for a second verb to describe the same action.

What you think it means: To skim or browse.
What it really means: To observe in depth.

When you peruse something, you are actually taking a very close look at it. When you’re at a book store you are just browsing. If you pick up a book and read the back cover and flip through the pages, then you are perusing.

What you think it means: Amused. 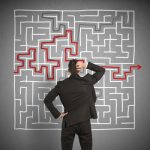 What it really means: Confused.

This is one of the many words on this list that make the English language difficult to learn. Despite looking all but identical to the word amused, bemused doesn’t even come close to meaning the same thing. If you are bemused then you are actually confused, which is rarely if ever amusing.

What you think it means: To do something with urgency by choice.
What it really means: To be forced or obligated to doing something.

This is one that people get wrong all the time and it’s somewhat understandable. The real definition is very close to the definition people generally use. The difference is the motivation. When people say compelled, they think the person wants to perform the action. But in truth, they are forced to do it regardless of their personal feelings. Example: When you’re in court, you are compelled to tell the truth the whole truth and nothing else to the best of your ability.

What you think it means: To feel ill.
What it really means: To cause feelings of illness. 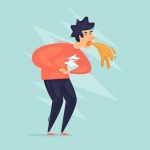 Yet another understandable misspeak is often made. If you actually feel sick then you are nauseated. The object that made you feel ill is nauseous. Here’s how this works. If you are allergic to onions and you are seated right next to the kitchen in a restaurant the fries and sautés a lot of onions the fumes make you feel nauseous because they are making you feel nauseated.

What you think it means: Repetitive.
What it really means: Unnecessarily excessive.

can use wrong but unintentionally use it right. When you repeat something a bunch of times, it can become redundant. A common policy companies have adopted of late is firing people but instead of calling it “getting fired,” they call it “eliminating redundancies.” The premise being that the employee they’re firing is unnecessary and excessive and they are thus eliminating them. To make it simple, where there is too much of something, it is redundant.

What you think it means: Huge, enormous.
What it really means: Profoundly immoral or evil.

No one knows this one off the top of their head, so relax if this on trips you up. Enormity sounds like enormous and as with many of our other examples, you’d expect the two words that sound alike to have similar meanings, but nothing could be further from the reality. Enormity simply means really profoundly evil. Example: “The enormity of the crimes committed by the Nazis in World II.” It doesn’t mean the enormous crimes, it means the atrociousness of the crimes.

So as you can see there are quite a few words that are misused on a daily basis. Our next blog will continue this exploration or rather revelation of words and what they mean versus what you think they mean. Until then use your words wisely!

1 thought on “Say What You Mean, Mean What You Say PART ONE”