In today’s world there are more ways to offend someone than you can keep track off. So what’s a person to do? Well, there is nothing to do but tread as carefully as you can and be as smart as you can. So if you are in the business of marketing this can be a real problem which is why more and more you are seeing spokespeople who are not people at all.

They are ducks, geckos, dogs, cats, etc. There is a very important reason for this. A duck is not old or young it is not Black, White, Hispanic, Asian, etc., It is not Jewish, Catholic, Islamic, Buddhist, etc., it is a duck, just like a gecko is a gecko, a dog is a dog, a cat is a cat, you get the point. It is hard to offend anyone with an animal or an inanimate 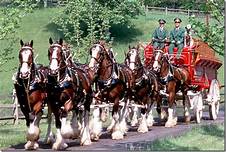 object, like a bunch or pipes representing your digestive track, or phlegm or bits of candy. Finding the perfect inoffensive image that is still likable can be a goldmine in the marketing world.

Remember the Kool-aid pitcher, He had a nice long run, literally and figuratively? Budweisser’s Clydesdale Horses have been a hallmark in their marketing for decades. The M&M’s guys have had a long ride, longer by far than the California Grapes had. The Coca-Cola Polar Bears arrive like clockwork every holiday sea

son. The energizer Bunny keeps going, the Travelocity Gnome keeps traveling and Mr. Clean keeps cleaning. Tony the Tiger, Toucan Sam, Cap’n Crunch and Lucky the Leprechaun and still serving up breakfast, Parkay is still tricking people into saying butter, The Keebler Elves are still Baking and the Chips Ahoy are still sailing. So clearly inanimate spokesmen can sell a product and engage the public.

So why then would a company take a risk with real people? Because sometimes they, too, can hit the jackpot in terms of selling a product and engaging the public. For example: Flo for Progressive, The nameless guy for

Chevy Trucks, First William Shatner\ then Kaley Cuoco for Priceline, Mayhem for Allstate, Dennis Haysbert for Allstate, The Maytag Guy, The Maytag Repairman, The Folger’s Coffee Couple, The IBM guy and the Apple guy. All of these were successful pairings of product and spokesman.

But that is not always the case. When you think about the thousands of commercials that run every day and the millions that have run since the invention of TV, there are far more misses than hits, far more offensives than non-offensives and that’s why many companies are willing to go the inanimate route over the live person route. There are just too many factors at play, it is actually a safer bet to go with something that shouldn’t even be talking, than a real live person. The latest installment of Toy Story revolves around a plastic spork for God’s sake, talk about not wanting to offend anyone, I guess there are larger fork and spoon councils out there than I realized so they decided to go with a spork!

I am just trying to say that sometimes in our bending over not to offend anyone we all get a little silly sometimes,. Oh, sorry if that offends. 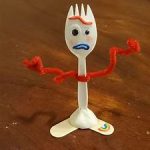 243 thoughts on “What is this Crap? OR when did the inanimate become so animated? Part II”