Something has happened out there in the marketing and advertising world. I cannot put my finger on when it happened, but happened it has. The inanimate has become animate and the person has become secondary (more on this in Friday’s Post). So what has caused this great shift? Where the person is merely a supporting a player to the star of the commercial: a bug, a mop, phlegm? Let’s look at a few examples:

So here is my question, who in the hell okays these awful ads? I get who comes up with them. I have hit the wall of all nighters’ and the desperation point when almost anything looks like genius, so I don’t really blame the ad agencies, per se. I should say I don’t blame the creative team. But what about their bosses? What about the clients? It seems like somewhere along the way and there are a lot of people along the way, someone should have said; This is crap! We can and should do better than this. Yet no one did. And so our airways are flooded with this crap and if I know anything, it is crap begets crap, just as quality begets quality. Shouldn’t we, all of us, shouldn’t we want more than this crap? Shouldn’t we demand more than this crap?

ton and there seemed to be some good quality ads on. Here are a few that I still remember like yesterday:

I think the first thing that you will notice is that none of these commercials that I have listed have inanimate objects in them. The second thing you will notice is the people are all the main focus interacting with the product. The third thing you will notice is that all these ad ran before the turn of the century. That is not to say that there have not been any good ads sine the year 1999. Not at all I can think of several. But the ads, or rather the commercials I have listed here are commercials that I have remembered for all these years. I have not only remembered the commercial, but I have remembered what they were selling. These days I usually look at my husband and ask what the hell was that? For example, there is currently a Fidelity ad running that shows people working out in a gym. Okay, I remember it mainly because of the music, I get what they were going for, but is this really an ad you are going to remember ten, twenty, thirty years from now?? I doubt it, and same for all the inanimate object ads I listed above. I do remember two inanimate ads from long ago in my youth, one was the “roach motel where roaches check in, but they don’t check out.” And there was a cartoon roach with a hat and a suitcase checking into the roach motel. The other was for dog food, Chuckwagon to be precise. is showed an miniature chuckwagon being chased by a dog right into the cupboard or TV.  The ads ran from around 1970-1987.  There is nothing better than a good commercial, and nothing worse than a bad one.

I just wish there were more good ones for all of us to enjoy. 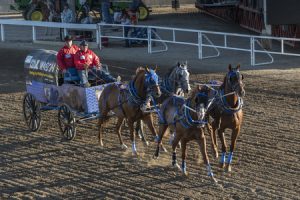