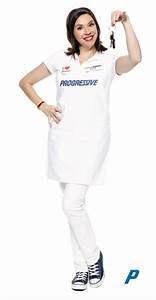 As long as we are on the topic of who and or what makes a good spokesperson, let’s drill down on that and talk about why some hit and some miss.

Flo. The Chevy Guy. A Duck. A Gecko. These “spokespeople” have become icons, just as famous as the products they represent. None of them started out as famous, like, say Dennis Quaid hawking esurance or Betty White for Snickers. But all of them and more have become famous because they have become the right spokesperson for the right product and the right time.

A spokesperson is a brand ambassador, an extension of your business or product. That’s why choosing the right person (or character) can seem like a daunting task, and it should. This character is going to carry the weight of your product on their shoulders, out into the world and try to single-handedly make it a success. Here are some of the key characteristics or features that are necessary in order for a spokesperson to be effective.

§  Their Delivery Is Flawless

Truth be told, Public Speaking 101 was not the easy A we all thought it would be. Great spokespeople are the students

who not only delivered, they made it look easy, even enjoyable (what the hell was wrong with them?). They mastered all of their speech assignments without batting an eye or breaking a sweat, while the rest of us slaved away trying to think up clever ways to use visual aids so that the audience would be looking at something other than us. These future spokespeople seemed to come with a built-in understanding of timing, inflection, and the power of a well-timed pause. The rest of us had a clear understanding of monotone speaking and the art of flop sweating. But these master orators, these effective spokespeople wee effortlessly articulate and effortless in movement.

As I have spoken about in earlier posts, people buy from people the like and from people like them, so it therefore stands to reason that a good spokesperson would not only remind us of ourselves, but they would be likable as well. They would be someone we could see ourselves being friends with. Their successes with a product could easily be our own.

If your spokesperson is an animal or other non-human character, you can add in relatability in other ways. Pick a voiceover artist who can give you a voice that you like and can relate to like an accent, like Geico’s gecko. Or, have them interact with regular people. Have them face everyday issues, in other words, humanize the non-human as much as possible.

§  They Have Buckets of Charisma

An effective spokesperson doesn’t have to be The Most Interesting Man in the World, but some of the best

spokespeople in advertising have had that special intangible quality that makes them hard to resist. In the past it was often referred to as the “IT” factor. Brooke Shields had it, Lauren Hutton, Mark Wahlberg, Catherine Deneuve, George Clooney… Part of their charisma was an innate understanding of how to express themselves in a compelling way and when to lay on the charm and how much of it to lay on.

Great spokespeople actually believe in their message and their product, which shines through in video. Billy Mays did seem to truly believe that Orange Glow was the best product out there. Look for a happy person who truly believes in your product. If they are only acting their belief, it shows through in an instant and no one will believe in them or the product.

§  They are Actually Genuine

Audiences are drawn toward spokespeople who are genuine. We like Dennis Haysbert of Allstate, because he seems like he’s most likely the same sensible, nice guy when the cameras are off. To be an effective spokesperson have to come across as though you are not playing a part..

§  Because They Are Just Like You and Me and Are Genuine and Authentic, They Have High Credibility

A good spokesperson gains the trust of the viewing public, making them by default a credible source. It doesn’t matter if they’re a scholar, an elected official, a professional, or a walking testament to the benefits of a particular product, people respond to figures who are an authority or appear to be an authority. Authority and credibility are reasons why celebrities make such effective spokespeople. As established credible sources, we trust their opinion and insight. We trust that they have done the research and would not promote a product unless it was wonderful. We believe that they have tested it out that they use it every day and that every word they say is honest and true, they are celebrities after all, they wouldn’t lie to us!

So the Dos Equis guy a.k.a. The Most Interesting Man in the world. He’s a fictitious character, the product of whimsical advertising execs. However, his concept is completely memorable. Spokespeople need to make an impression. They should be memorable. The trio of regular guys singing about Free Credit Report.com The Bud Weis Ser Frogs, The Wassup Guys, The Fruit of The Loom Guys. All of them Memorable. And that’s good. That’s what you want in a spokesperson, someone who is memorable, either because of who they are themselves, or who the creative team creates for them to be.

§  They Are a Good Match For The Product

Michael Jordan sold a lot of shoes and Gatorade because the association made perfect sense. He jumped higher than anyone else in the game. He played two sports — that required a lot of hydration. His professional accomplishments amplified these products. If you’re opting to use a spokesperson, they should make sense for your brand. Using Sia for these brands, for instance, may not make as much sense. When you find the perfect marriage of spokesman and product the sky’s the limit.

§  They Understand Their Role

At the end of the day, a spokesperson is representing YOUR brand, product or business. While they might be the public face of your product, that is all they are. They are there and are being paid to communicate your vision.

§  They Need to be Quick on Their Feet

It’s fairly simple: think fast, respond faster. The face of your brand needs to be able to think on their toes, even when the camera stops rolling. You never know who has seen your online videos or Television commercials so they should be able to gracefully handle unscripted life moments, and be able to tactfully handle those moments that don’t go according to plan. Ideally they should be able to manage questions in the aisles of Target and firmly understand that their public actions will reflect your business. Ideally they will realize that there is no down time and that anytime they leave their home they are “ON” and should be prepared for encounters, questions, anything.

§  Their Physical Presence is Powerful

So there’s a little psychological principle called the halo effect. As a whole we give authority and credibility to people we perceive as being beautiful (aren’t we a shallow crowd?). Apparently we view them as 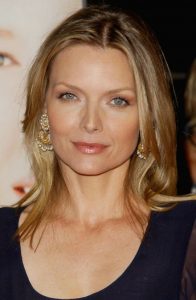 more trustworthy and honest. So it looks like we have been making our decisions based solely on aesthetics. In fact, there’s quite a lot of evidence suggesting that we also trust those we deem beautiful and well-groomed. There’s a lot of interesting literature, including jury and baby studies, which back this phenomena up. Now, that we are aware of this Halo Effect, how can we use it for selecting our spokesperson? We will want to make sure the he or she or It is well-groomed or has a strong, beautiful physical presence.

§  They Can Make a Long Term Commitment

When seeking your perfect spokesperson one factor that should be front and center is the candidate’s availability. This one may seem like a no-brainer, but in reality, ensuring that a potential rep for your brand has the time is incredibly important. A spokesperson should be part of your team, and while it can be advantageous to settle on a public figure, you want to make sure that whomever you work with has the 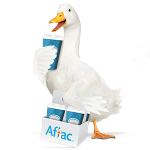 availability to work with your schedule, and not the other way around. This is there the benefit of a drawn or computer generated character comes into play. The Aflac duck or the Geico Gecko are available all the time. But Dennis Quaid, Cyndi Lauper, Dennis Haysbert, J.K. Simmons, My guess is, you are working with them, when they can fit you in.

4 thoughts on “What makes a Good Spokesperson?”